This is a personal story from a mom about her experience bonding with her newborn.

Two weeks after my son was due, my doctor said we need to induce labor. I had had a very easy pregnancy and loved every minute of it. Except for the fact I was HUGE, I had no complaints. I was scared to death of labor pains, but I was ready to get it over with. I was ready for him to be born. I kept telling my doctor that this was a big baby. He kept saying no, “You’re just short. He may weight 7.5 pounds.”

At the hospital the next morning, they broke my water and prepped me for birth, at which point the ob/gyn said, “He may weight 8 pounds.” They gave me nose drops to start my contractions. Within one minute of the nose drops my stomach bowed up and I said, “What is that?” The nurse put her hand on my stomach and said, “You’ve had your first contraction.” I thought contractions were supposed to hurt, so I was thrilled that this was all there was to it. In two minutes, I had the second one. Within 30 minutes the pain was unbearable—I was unaware that induced labor was much worse than normal labor. After 4 hours my son had made absolutely no progress despite contractions every two minutes since the first one. The doctor stops the pain medicine thinking it will help the baby move down. It doesn’t. After 7 hours they decide to xray me to see is there is a problem. Sure enough, the baby is too big for me to have. I was wide enough, he just couldn’t pass the tailbone without breaking it. So they decide to do a cesarean.

When I hear “cesarean,”
I lose it. I’m a little high strung and a control freak anyway, but surgery was way too far out of what I had planned. I didn’t know anything about a c-section. What I did know was I would have a big scar, lots of pain, and could die. I didn’t want to think about it. I kept begging them to put me to sleep and get it over with. But they wouldn’t because “the pediatrician isn’t here.” How was I to know the pediatrician had to be there to wake up the baby? No one had prepared me for this. Then they explain that they can’t put me to sleep because the baby goes to sleep too. I just have to wait. They can’t give me anything for the labor pains either because I’d be having surgery soon. Then they start trying to push my son back to his starting position, because they need to undo what little progress he had made into the birth canal. Reverse labor, as I called it, was much more painful. Everytime I had a contraction, they pushed against his head to keep him from coming down anymore. When the contraction stopped, they tried to push him further back into the uterus. By now I’m totally exhausted from the pain and stress. I try to distract myself by watching them count the surgical instruments thinking “where is that damn pediatrician?” I start getting angry. I’m mad at the pediatrician for not being here, mad a the doctor for not seeing this coming and preparing me for the possibility of a cesarean, mad at my husband for getting me pregnant, mad at everything and everybody, including my son for growing so big—this was all his fault. Finally, after 8.5 hours of sheer torture, as ordered, I “count backwards from 100” and thankfully fall asleep.

I wake up in the recovery room, still mad. I lay there quietly, glaring at the nurse. She sees I’m awake and after a long silence says, “How are you doing?” “Fine,” I answer. After another long silence she says, “Don’t you want to know what you had?” I don’t answer. She says, “Most moms want to know what they had, don’t you.” “Yeah, what is it?,” I ask. “It’s a boy.” Silence again. “Don’t you want to know how much he weighed?” “Yeah, how much did he weigh?” She says, “9 pounds 7.5 ounces, a big one.” I’m silent again as she tells the other recovery room nurse that I’m not interested finding out about my baby, “she hasn’t asked to see him either.” Why would I want to see him? He caused all this trouble and pain. I can’t move, my stomach hurts and something down there just isn’t right. I find out that I hemorrhaged badly and had to have a blood transfusion. “We almost lost you,” I hear later. The nurses tell me they will take me to my room at that time my husband and family can come in—no one mentions my son.

As I ride down the hall toward my room, my husband is walking beside the gurney, grinning from ear to ear, talking about how big our son is and asks how am I doing. When we get to the room the nurse says you’re gonna hate this but I have to press on your stomach to force out the blood. She’s was right. It was painful and not helping my mood or anger at the world. The nurses say I can see my son the next morning. I’m not sure why I had to wait, but I assume I have no option. I didn’t feel good anyway, I just wanted to stop hurting. 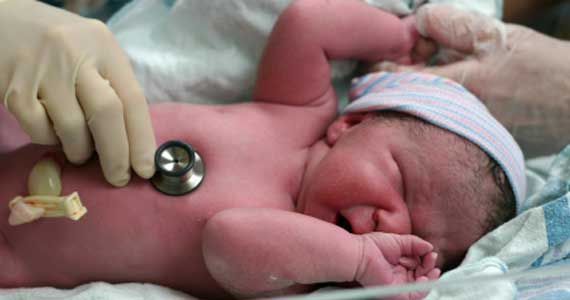 The next morning I asked to see my son. The nurse says I have developed a fever and I can’t see him until the fever is gone since they don’t know the cause of the fever. It is likely from the blood transfusion, but they have to protect my son since he was born in a sterile environment. On the third day I still have a fever and can’t see him. By now, hormones and anger raging, I decide that he is dead and no one is telling me. My husband assures me our son is fine but is having trouble keeping his milk down, and may be allergic to his formula. The pain is really bad all day and by the end of the day I’m hysterical that my son is dead and the whole allergic-to-his-milk story is made up and I start a crying jag—”LET ME SEE MY SON! I DON’T CARE ABOUT MY FEVER!” After carrying on for an hour, they finally bring him to the door of my room, but I’m not allowed to touch him or hold him. He can’t even be brought close enough for me to see his name bracelet.

Don’t feel strange if you are not immediately overwhelmed with love for your baby. You have to give yourself time to recover, and you and your baby need time to get to know each other. On the fourth morning my fever is gone and they finally bring him to me. It hurts to hold him on my stomach, it hurts to sit up and he is so hungry all he does is cry. When he finishes his bottle he throws it all up. Vomit is everywhere, all over me, the bed, him— everywhere. They take him away and I have to change clothes while the nurses change the bed; the pain is terrible. They bring him back later for me to feed again, this time they tell me not to let him suck the whole 4 oz down in one breath. “Take his bottle from him every few minutes to give him a break and keep him from getting so much air because he sucks so aggressively”—apparently because of his size he needs and wants a lot of milk. This feeding method works, he keeps his milk down and falls asleep. Time enough for me to check out his fingers and toes and read his name bracelet. When I read his name bracelet, with my name too, I start to believe he is mine. I feel a little sad when they take him away.

On the 5th day, we are in a little better routine. My son stays a little longer each time. The pain is not so bad now. Doctor says we can go home tomorrow morning. I’m still mad, still in pain when I walk. I haven’t seen my son much in 5 days. If feels like I’m babysitting instead of caring for my own son. I felt so much love for him while I was carrying him. I sang to him, talked to him, held him. But now that he was here, not so much. I was wondering if my feelings would change. Would he know I was his mom and not the nurse’s. 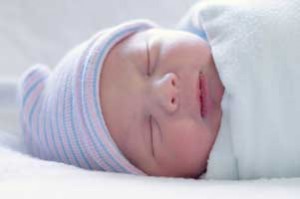 On the 6th morning, my husband gets the car as I’m pushed in the wheelchair and carry my son to the front door of the hospital. I remember the sinking feeling as they close my car door and I wonder if I can take care of him. I don’t know him yet, it still hurts to move. I have no idea what to do for him or for me. The nurses are no longer around to help me or take him when I get overwhelmed. Then I notice the sun is in his eyes, so I shield his face with my hand. I feel a little warm, so I loosen his blankets and let him get some air, too. He starts to fuss so I get out his bottle and feed him as we ride. I listen to him swallowing and when he starts to gulp I take the bottle from him for a few seconds. I hold the bottle, watching, listening, and I begin to think—I can do this. I can take care of my son.