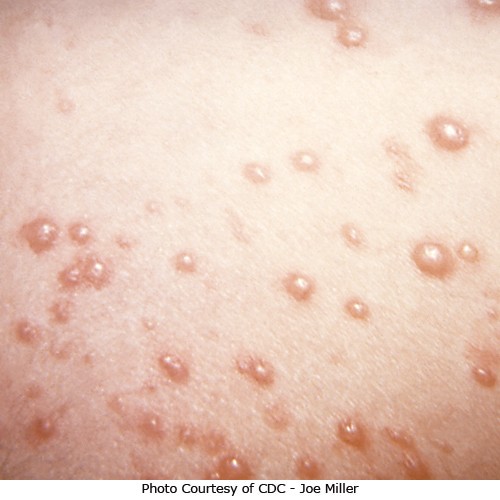 For today’s Health A-Z entry, we shall take a look at one of the most common childhood diseases, one that is generally considered mild, but one that can be quite uncomfortable and unsightly for kids – chickenpox.

At some point in their lives, most people are going to acquire chickenpox, but the most common time in which this happens is childhood.  The disease, which is known in medical parlance as varicella zoster, is manifested in the form of red spots that start out as itchy rashes before developing into blisters with fluid, then into darker scabs that would fall off eventually.

The disease spreads very quickly, and people who haven’t had chickenpox yet can acquire it when the sufferer coughs or sneezes their way.  Though a good majority of people get chickenpox only once in their lives and become immune to it, there is still a small chance that someone who has had the disease may suffer from it again.

Aside from the spots, which could cover a person’s face, chest, belly and limbs, chickenpox has several other symptoms that may be a cause of concern before the spots even appear.  These include a high fever, malaise, painful muscles, a headache, poor appetite and other flu-like symptoms; the symptoms could be amplified for adults, as opposed to children.

The rash would typically appear about a few days after the flu-like symptoms, and the first spots are normally found on the sufferer’s trunk, or behind his/her ears.  The spots would then become extremely itchy about half a day after the rash appear, and it is strongly advisable to refrain from scratching these spots to avoid further complications.

Parents whose children are suffering from chickenpox should have their kids stay home for about two to three weeks, and ensure that all the spots have crusted.  This would usually take five to six days following the onset of the rash, and as long as a child has chickenpox, they should, in as much as possible, stay home and not make contact with anyone who has not had the disease.  This is especially true with infants, pregnant women, or anyone who has a weak immune system, as the symptoms may be a lot worse.

While there is no true and specific way to treat chickenpox, there are several ways to reduce the intensity of symptoms, including paracetamol, which can be used to treat fever.  Topical lotions can be used on the skin to reduce itching.

Sufferers should always drink a lot of water so as to avoid dehydration, and although it was also mentioned above, it is very important that sufferers, especially children, do not scratch the spots.  Parents should consult their child’s pediatrician in the event of any peculiar symptoms, such as skin infection, chest pain, or breathing difficulties, or anything else that may suggest a complication of the disease.