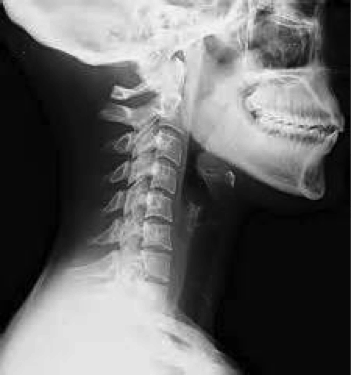 The purpose of the spine is to support the body so that we can stand upright. Secondarily, it protects the spinal cord (which is the extension of the brain) and all of the nerves that branch from the spinal cord.

The cervical spine (neck), specifically, supports the weight of your head, allows you to look straight head, and protects the spinal cord and nerves.

Read on to learn more about the anatomy of the cervical spine.

Muscles of the Neck:

There are many muscles around the neck that help to support the cervical spine and allow you to move your head in different directions.

Here is a list of the many muscles that exist in the neck.

Longus Colli & Capitis – Responsible for flexion of the head and neck.

Rectus Capitis Anterior– Responsible for flexion of the neck

Rectus Capitis Lateralis– Helps the neck to bend to the side.

Levator Scapulae – Responsible for movement of the scapula (shoulder blade) in an upward and downward motion.

Rectus Capitis Lateralis –  Allows the neck to flex from side to side.

Obliques Capitis Superior–  Allows the neck to extend and flex to the side.

Cervical spine anatomy is quite complex. We will attempt to provide a simplified overview of this complex anatomy.

There are seven cervical vertebrae that allow for a great amount of motion in the neck.

When looking from behind, in most individuals, the spine looks straight. However, when viewing the spine from the side, there are distinct curves to each part of the spine. The purpose of these curves is to grant some additionally flexibility and shock absorbing abilities to the spine.

In the cervical region, the spine normally curves backwards.  This curvature is known as a lordosis.  The amount of lordosis an individual has varies, but typically is somewhere in the range of 20-40 degrees. There are many conditions of the spine that may affect the normal curvature of the cervical spine, resulting in pain and disability. Some of these conditions are listed at the end of this article.

C1 – Called the atlas. The skull rests directly on it. This is the uppermost of the cervical vertebrae. It is ring shaped in structure. About 50% of flexion/extension in the neck occurs at the C1 / occiput (skull) joint.

C2- Called the axis. It has a specialized process called the dens which acts as a pivot point on which the atlas (C1) turns on.  About 50% of rotation in the neck occurs between C1-C2 at the atlanto-axial joint.

C3- C7- The vertebrae in this area are very much like the rest of the spinal column in their structure. The rest of neck motion occurs equally between each of these vertebral levels.

Nerves within the Cervical Spine:

There are 8 spinal nerves that originate from the cervical spine.

The majority of these nerves control the functions of the upper extremities and allow you to feel your arms, shoulder, and back of your head.  Each nerve provides sensation to a specific area of the body called a dermatome.

Perhaps most importantly, several of the nerves that originate in the cervical spine control the diaphragm, the muscle that allows us to breathe.  As such, if the neck is severely injured, the consequences can be catastrophic.

Conditions of the Cervical Spine