Glaucoma is an eye condition in which there are no or very few symptoms. As the patients do not feel any symptoms related to the disorder, late diagnosis results in the permanent loss of sight. High pressure inside the eye causes glaucoma. If the condition is not treated, it causes peripheral vision loss first and then gradually leads to complete vision loss. Very few patients experience symptoms such as red eye, blurred eye and headaches. People who have the family history of glaucoma are recommended to test their eyes frequently. 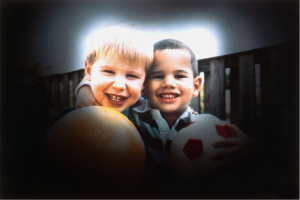 Symptoms for different forms of glaucoma are as follows:

Most of the patients cannot recognize the symptoms of open-angle glaucoma as they are not very much evident.  In this condition, the peripheral vision is affected first and central vision is affected only at a later stage. In the advanced stage, the patients will have a tunnel vision because of the blockage. Most of the times, people believe that age is responsible for the changes in the quality of vision. Hence, it is recommended to perform eye tests for every one or two years. As the age increases, the probability of getting affected with this condition becomes more.

The symptoms of congenital glaucoma are very difficult to recognize as the condition is experienced by infants or young children. Anyhow, some of the symptoms shown by children with this condition are large eyes, light sensitivity, cloudy appearance of the eyes, watery eyes, squint, and irregular movements of eyes. Consult an ophthalmologist if any of the symptoms are seen in children.

If diagnosed with glaucoma, it is crucial to schedule regular eye examinations with an ophthalmologist. The ophthalmologist can monitor the current condition with the help of eye tests and provide the best possible treatment to control the eye pressure.