Coma is common with severe brain injuries, especially injuries that affect the arousal center in the brain stem. Understanding coma can be difficult because there are many levels of coma. In general, coma is “a lack of awareness” of one’s self and surroundings. A person in a coma can’t sense or respond to the needs of his body or his environment.

A person in a coma:
• May or may not have their eyes closed all the time.
• Cannot communicate.
• Cannot move in a purposeful way, such as following instructions like “squeeze my hand, or open your eyes.”

Because their eyes may be closed, many of us liken the comatose state to sleeping. The difference is that you can get someone to wake up if they’re sleeping simply by stimulating any of the senses, especially of sound and touch. But you can’t do the same to someone in a coma. Because the individual won’t have control of his or her system, they won’t respond to the typical methods people use to wake someone up from sleep.

They cannot follow directions or communicate because their brain doesn’t process information the way it used to. It is also common for breathing and blood pressure to be affected; if so, proper care will be needed to help control breathing or blood pressure for them.

There is no set pattern of recovery from coma, but there are signs that may mean improvement (coming out of a coma). Signs of coming out of a coma include being able to keep their eyes open for longer and longer periods of time and being awakened from “sleep” easier—at first by pain (pinch), then by touch (like gently shaking of their shoulder), and finally by sound (calling their name).

The Glasgow Coma Scale or GCS is a universal tool used by medical professionals to grade the level of an individual’s coma. The scores collected with use of the GCS helps doctors and health care providers understand the extent of brain damage and the possible prognosis for a particular case.

There are three categories in the GCS to help assess adult individuals in a coma. These include eye opening response, verbal response, and motor response. Under each category are levels of responsiveness. Individuals are scored by adding the corresponding points of the statements that best describe their state.

The maximum score a person can receive is 15, and the lowest is 3. Scores from 3-5 are critical and require immediate, intensive care, while those above 8 have a better chance at a full recovery.

Emerging From Coma and Signs of Improvement

Not everyone who has a brain injury emerges from a coma. If they do, they may follow a common pattern. Emerging from a coma is not like waking up from regular sleep.

When your loved one first starts to “wake up” from or come out of the coma, he may not be able to focus his eyes. He may or may not be able to respond to you. He may look as if he is staring off into space. Part of this is from the injury; part of it may be from medicine. Movement can be another sign of improvement. At first, movements may be random like flailing arms, then may progress to semi-purposeful (such as pulling at tubes) and possibly moving in response to instructions (“Squeeze my hand.”). The patient’s awareness of self and his surroundings increases as he improves and gets better.

Visual and auditory tracking is another sign of improvement—following sights and sounds. Tracking is when your loved one watches you as you move around the room or turns their head toward you when they see you or hear your voice. 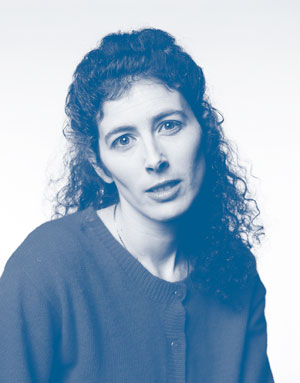 “When someone on television comes out of a coma they’re just fine. We thought that would happen for Sam. But when the doctors looked at the second CAT scan, they didn’t know how serious the effects of the injury would be. Now more than a month later, they still don’t.”

– Mother of a 16-year-old injured when thrown head first from a skateboard. 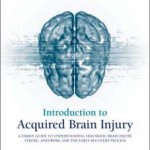 Brain Injury: A guide for family and friends

• What is a Brain Injury?
• How Bad Is It?
• How the Brain Functions
• Common Problems During Early Recovery
• The Intensive Care Unit (ICU)
• Understanding Coma
• How Does an Injured Brain Heal?
• How You Can Help With Recovery
• Where Will the Journey Go From Here?
• How Will I Ever Get Through This?
• Where to Go for Help
• Books for Families Coping With Brain Injury

Dr. Matthew Bain, MD received his medical degree in neurology from the Indiana University School of Medicine. He is a practicing neurologist in Indianapolis, Indiana.